Do we really want to play this game? Trawling our social media histories can’t end well for anybody. 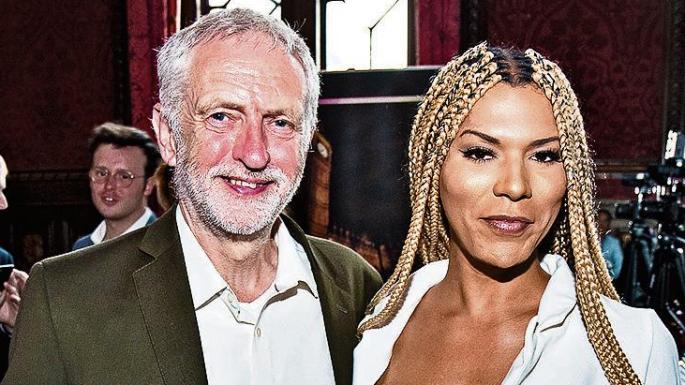 There’s a storyline in the TV show ‘The Thick Of It” in which the main characters are subject to an independent inquiry on the subject of ‘leaking’. Leaking had become one of those practices that everyone did, everyone knew was going on and just got on with it. Whether it was a genuine scandal, or just the way the government worked, everybody knew that it wouldn’t look good with a full media glare shining on it, despite the fact that this was exactly how the media got their stories.

So when one of the parties (the party of government at the time) announces an inquiry in order to gain some political leverage, the whole thing looks like it’s going to collapse. Ollie, a special adviser almost crumbles at the news. “An inquiry into all of leaking – all of leaking! We are so…! We are so screwed.”

To which Alastair Campb…sorry, Malcolm Tucker replies, “He’s done it. That chinless horse-fiddler. Our f***lustrious PM has opened Pandora’s f***ing Box and curled a massive steamer right into it.”

Which is to say, well done mate. We’re all going down now. And if I am, I’ll be dragging you down with me.

Both parties are constantly trying to one-up each other, looking for any tiny crack in the armour to ram a sword into and prise power. But they both know there are some roads that they can never start down, because they know the whole house of cards will come tumbling down and take them all out.

It’s starting to feel like the modern day version of this is what the Spectator have started calling ‘The Digital Inquisition’. And Labour and the Left generally must be starting to regret opening this particular Pandora’s box and curling a…well, you get the gist.

Only recently, the journalist and director of the New Schools Network, Toby Young stepped down from a new advisory position that he taken up in the Office for Students following an unprecedented campaign against him that was based on a trawl of his social media history. It turned out that he had said some unpleasant and shocking things in the past, and this was brought into the full media spotlight for all to pick over.

He was jumped on – Angela Rayner, Jess Phillips, Owen Jones, all took chunks out of him and the government for this apparently unwise appointment. I saw plenty of it from my own friends and connections on social media. Petitions, campaigns and reposting of his old tweets were paraded around for all to sign, join and despise.

Now, I’m not (here, anyway) taking a position on this. You’re welcome to make your own mind up on whether Mr Young was an appropriate choice for this post. My point here is that this tactic is not something that will only hit one side of the political divide. This has been proven in the last week, as Labour found themselves caught in their own net.

The transgender model and campaigner Munroe Bergdorf had been appointed to the Labour party’s LGBT advisory board, but stepped down after a similar campaign showed some highly unpleasant comments that she had made in the past on social media.

I’ll be completely honest, in my opinion this person is a deeply unpleasant individual with some shocking, awful opinions. I’ve heard her speak where she can give as much context as she like to her views, and I find her to be ill-informed and spiteful. She is, as far as I’m concerned, an idiot.

What I don’t like, and will defend her as much as I will defend anyone on this point, is the stripping of context around something that someone has said and presenting it as the whole truth. This is something I will come back to in a future piece, but for now let’s just say that whenever you see a small quote, especially when used to attack or smear someone, ALWAYS look for the context around it. I’ve lost count of the amount of times I’ve read something, thought “well there’s no amount of context that could give that any credence”, only to click the link and find it more understandable. So please, when you read anything about what Munroe has said, read it in its full context. And do yourself a favour and do the same for Toby Young, Jeremy Corbyn or anyone else you’ve taken a dislike to.

I really don’t want to play this game where any appointment is followed by a trawl of their history. We will have to get to the point where we’re going to have to see our past selves in the context in which they were said, and give each other a break. Can any of us really admit that we’d be happy for anyone to trawl back into our archives before we’d had a chance to do so ourselves?

It doesn’t help that everything we have ever said on social media is presented (if you search for it now) in the modern UI (user interface) – that is, whatever Twitter or Facebook looks like now. Imagine we could see a post from 2010 in the UI that 2010 Facebook had. It would already put it into its context effectively. Old photographs and videos are black and white – it gives them context immediately. If we could put them all into full HD colour, we’d subconsciously be applying our modern biases and culture to an age that didn’t have them.

If you want to do this, then fine, but it’s going to take us all down. I promise you, though, it isn’t a fight worth having, and it’s up to all of us to take responsibility as individuals to start giving people a break. This starts with your enemies. Because I can assure you, if you don’t apply the same rules to those on your side as you do to your enemies, you will be open to justifiable attack.

And you can’t say you weren’t warned.