It is not without merits, but the pragmatist in me can’t see it working in practice

Libertarianism – it’s an ideology that has its merits. It’s one of those things that I love in theory, but know I’d be disappointed with in practice. A good dose of small state with a great dollop of trusting people to live their lives as they see fit, so long as they do not infringe on the rights of others. What could be more conducive to a happy, healthy and free society?

Well then, let’s have a brief look at Libertarianism. It is defined on Wikipedia as seeking to “maximise political freedom and autonomy, emphasise freedom of choice, voluntary association, and individual judgement” Libertarians “believe in individual rights and share a scepticism of authority and state power”.

All of which sounds great. But the key words for me are ‘maximise’ and ‘scepticism’. This implies to me that we cannot have complete political freedom or autonomy, nor can we totally dismiss the role of the state. So, whilst I would generally align myself with these stated aims, it becomes a matter of where along those axes you draw the line. And, if I may borrow and adjust a quote from Joey, to most pure Libertarians, ‘you can’t even see my line – my line is a dot to you.’

I tend to believe that the state should not interfere in the freedoms and liberty of people unless there is a very good reason to do so. ‘Very good reason’ is the space in which the conversation needs to happen. One person’s good reason is another person’s tyranny.

Strident Libertarians would have it that laws such as the smoking ban or the recent legislation limiting Fixed Odds Betting Terminals (FOBTs) are outrageous interferences in the liberty of the inhabitants of Great Britain. The principles of small state limited government, freedom of choice and autonomy of the person would dictate that these laws are grotesque and not required in a society that ought to allow its citizens to smoke and gamble as much or as little as they please. And yet most of us can see the good reasons for these laws.

Taking the smoking ban for a start, if we were to strictly adhere to the Libertarian ideal, people ought to be able to smoke whenever and wherever they like. But it is perfectly clear that doing this doesn’t just affect them. I won’t go through the ins and outs of the effects (or lack thereof) of passive smoking, because that’s only part of the point. Suffice to say that restaurants, bus stops and Anfield stadium have become much more tolerable places to breathe since the ban. But then, as a non-smoker, I would say that.

I’m not in the least saying that people shouldn’t smoke. That is absolutely for each individual to decide for themselves. I also think the ban is starting to go too far and is unnecessarily embarrassing and shaming people who do smoke. The images on the packaging are quite intolerable (yes, I know that is the point) and the prices artificially ridiculous due to tax pressure. These things always affect the poor the most, and this should be taken into account when forcing such laws through Parliament.

But this is where the conversation happens. I can’t imagine a situation where pure ideology makes you either for the complete banning of cigarettes, which are in mass use, or for the complete and untrammelled freedom to infringe on everyone else’s space with your choices. So we need to discuss where the line is.

Let’s take the other example mentioned – the reduction in the amount any person can gamble on a FOBT has been reduced from £100 to £2. That may sound draconian, until you realise this amount of money is the stake that you can wager every twenty seconds. These machines, wherever they are, can suck up thousands and thousands of pounds.

The passing of this law prompted the Spectator columnist, editor of Spiked and staunch libertarian, Brendan O’Neill to complain that the ‘snobs had won‘ the battle over FOBTs. Now I don’t mind Brendan – sometimes he speaks complete sense, other times absolute wham. This feels much more like the latter.

What I do like about him is that he defends the working classes, the poor and the Northern against the horrible caricatures that can so often be painted in national media. He hates paternalism and nanny state-ism, as do I to a large extent.

But taking some lines from his piece, it feels much more like ideology than practical politics.

“I know people who frequent betting shops, mainly to bet on horses, and they will occasionally spend 10 or 20 quid on an FOBT if they’re bored. I expect that’s how the majority of FOBT-users engage with these machines.”

Great – then they won’t be affected by this then will they? They can still gamble their 10 or 20 quid. And the majority of users, I’m sure, do just use them for this purpose. But what about the minority who don’t? I’m not going to get into ‘addiction’ and what that word actually means in theory or practice, but the simple fact is that people can and do sit at these machines and watch their money disappear at a ferocious speed.

“A few years ago the Guardian sent a reporter to Slough — you know things are bad when the Guardian is willing to enter Slough — to investigate FOBTs. She watched in horror as people’s ‘£20 notes disappeared into them’. Yeah, well, I’ve watched in horror as impeccably middle-class people have queued for hours to get into some hip new restaurant and proceeded to spend £40 on glorified hotdogs and dirty chips. We all do stupid things with our money.”

Apart from the nice little dig at the Guardian, which seems to me to be an accurate summation of Guardian attitudes, the difference here is surely obvious? Endless £20 notes going into a machine (which, remember, can take £100 every twenty seconds) is not the same as a very silly (but probably well off) person overpaying for poncey food.

He writes well and much of this piece is persuasive. Whilst I back the legislation, I often recoil at the tone in which the topic is discussed. I agree that the state can be overly paternalistic and better off people can have a snooty way of discussing anyone who doesn’t live in a comfortable neighbourhood and vote Remain. All the same, I think restricting the amount you can put into these machines isn’t really harming anyone expect the gambling industry – you can still use the machine, you can still see the flashing lights and the spinning wheels, if that’s your thing. You’re just losing less each time.

The other big aspect of Libertarianism – an unshakeable faith in the power of the market no matter what – is something that is attractive, but not without its faults. I’ll come back to this in Part 2.

I’m all for reducing the power and influence of the state. It is too often creeping into our lives where it isn’t needed or welcome and it treats far too many people like they need to be saved and looked after. But it has its place.

The theory of Libertarianism is exactly how I would love the world to be. Alas, the world wouldn’t work like this in practice. It’s a shame, but we have to be pragmatic about these things.

If only hardcore Socialists took the same view…

This is becoming obscene. Surely we can rein it in a bit? 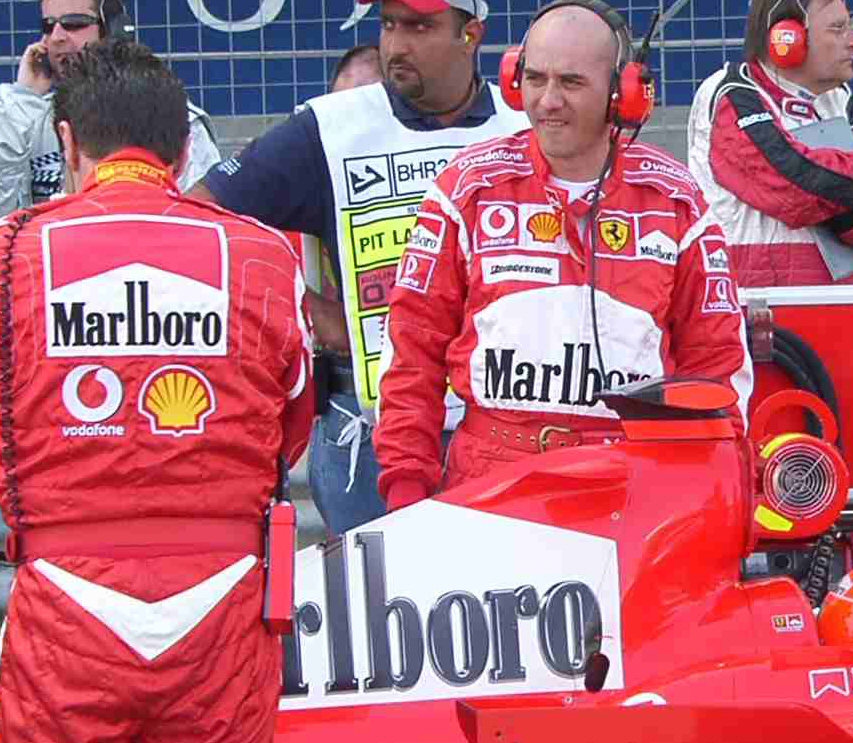 Do you ever watch old clips of football matches, snooker games, or even classic F1 races? If you do, one thing that will probably look quite jarring and strange is the adverts for cigarette companies and alcohol. Plastered all over their chests, shoulders, waistcoats, cars, helmets and shirts. It’s amazing to think that this was once normal.

This is how our kids will look back on sport from our age – only it will be the obscene level of gambling advertising that will look dated and crass.

I watch a lot of football, most of which is now on Sky and BT Sport. In every break, there are at least 3 adverts for gambling companies. And there are a lot of breaks. Some of them talk about ‘gambling responsibly‘ – that might hit home a little more if they advertised responsibly.

There are scores of them. Sky Bet, Bet365, Ladbrokes, William Hill, Betfair, BetFred, StanleyBet, Coral, Intercasino, and that’s just off the top of my head. There’s bookmakers, online bookies, online casinos, the lot. All constantly, furiously, relentlessly pushed on sports fans. Clubs are affiliated with them. Players and managers endorse them. The commentators and “analysts” advertise them. It is becoming grotesque.

I’m not saying people shouldn’t gamble, much though I would prefer it if they didn’t. It’s up to each individual to do whatever they like with their money. I personally think gambling is scary and unsatisfying, that’s not to say others do. But how can it be ethical to have the sheer volume of advertising that we have now?

The enticing tactics are becoming sinister as well. Enhanced odds, introductory offers (40/1 for a goal to be scored in a game between Liverpool and Man City? I wonder what that would be if you were already tangled up in the web. I doubt they’d even offer anything on such a dead cert) and ‘free’ money. I already know what the likes of Virgin and BT do to you once you get past the first 3 months of a broadband contract, I shudder to think what a company as unscrupulous as a bookie would do once those enhanced odds disappear and you’re an existing customer.

I’ve got plenty of friends who gamble, and have a lovely time doing it. People who will budget for it, and see it as a controlled bit of fun. Again, I’m not saying gambling should be outlawed.

But at a time when FOBTs are in the news for all the wrong reasons, and government is scrambling to do something about bookies popping up in all the poorest areas of the country, this seems like an issue that could do with being addressed. How can we have strict rules against advertising tobacco and alcohol and yet allow these awful companies virtually free rein on the airwaves?

One click onto the Sky Sports website home page shows 4 advert slots – all of which are for gambling when I click it. Through to football, there are 6 slots – 4 are for gambling. The level of exposure sports fans get to this stuff is a joke.

I hate to come across all nanny state – I always despair at the rush to legislate and ban things, always looking to the government to fix all of our problems. But this just seems like it’s getting out of hand. And it also doesn’t line up with our strictness in other areas.

This feels like a growing problem that needs to be talked about and debated calmly. I don’t know the answer, but we really ought to have the conversation.